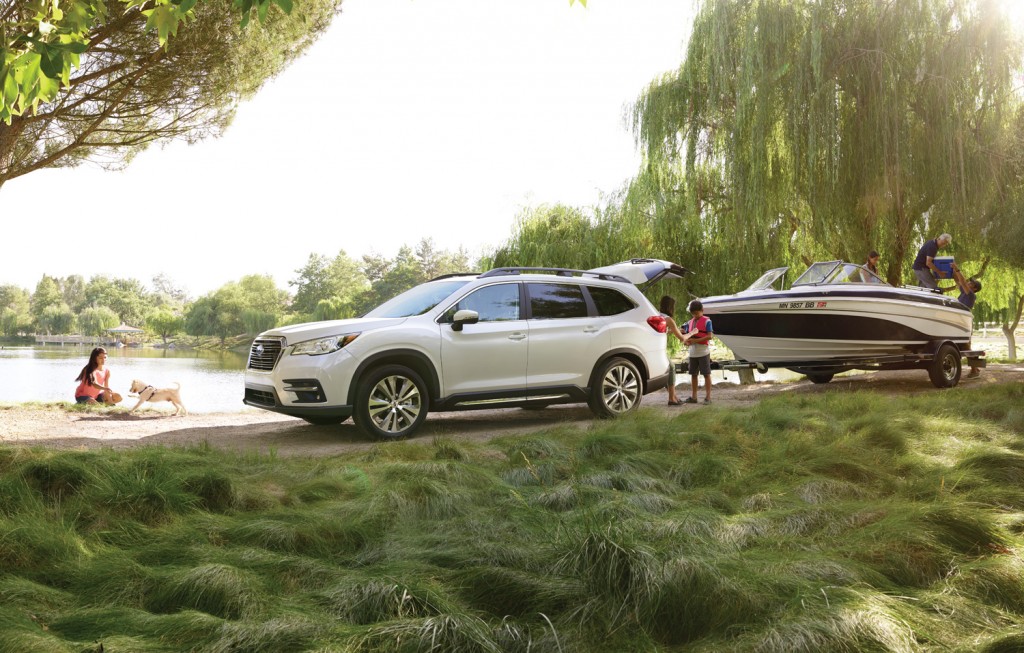 Subaru has recently unveiled its largest Subaru ever with the debut of the all-new 2019 Subaru Ascent. The vehicle was debuted last month in Montreal at the Montreal International Auto Show, and recently just made a stop in Toronto where Subaru of Niagara’s own Alex Digenis was able to take an up-close look at this all-new SUV.

Built on a stronger and more extended version of the traditional Subaru Global Platform (which will eventually become standard for all Subaru models), the Subaru Ascent will be larger and more spacious than any other model. This makes it ideal for families, with space inside for everyone.

The Ascent will come with three rows of seating, offering a seven-passenger configuration with captains chairs in the second row as well as an eight-passenger configuration with a bench in the middle row. The cabin is built to be the most comfortable and convenient cabin Subaru has released yet, with rear doors that open at 75 degrees for lots of access and making it easier to get to the third row. The vehicle features up to six charging ports throughout the vehicle, 19 cup and bottle holders throughout, and three-zone automatic climate control.

Sine the Ascent is built on the Subaru Global Platform, the model has the capability of an SUV with handling and feel of a car. As with all Subaru vehicles, symmetrical AWD comes standard, and this model also offers 220 millimetres of ground clearance – making it a safe and reliable drive, no matter the conditions.

Just because this model is ideal for families doesn’t mean that it is without its fun. Introduced in the WRX and WRX STI performance models, Active Torque Vectoring comes standard for the Ascent. The model is powered by an all-new 2.4-litre Subaru BOXER engine, producing 260 horsepower and peak torque of 277lb.-ft. Delivered between 2,000 and 4,800 rpm. The towing capacity breaks Subaru records, with a maximum capacity of 2,270kg.

Keep an eye on our social pages and our blog, where we’ll be revealing more about the Subaru Ascent as it gets revealed!