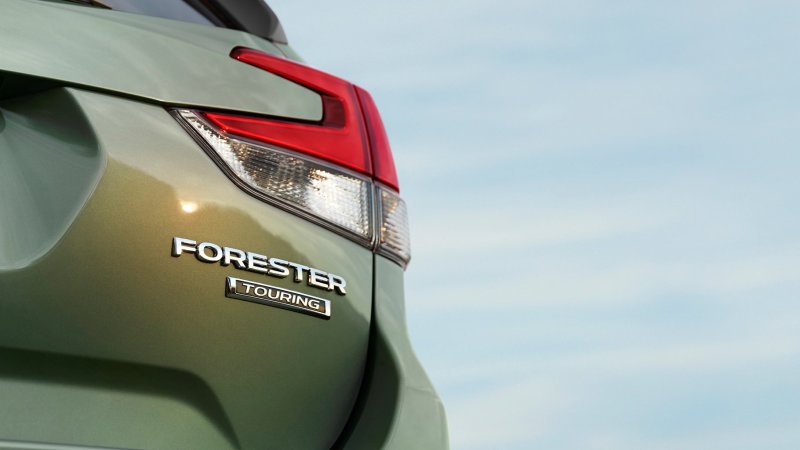 Tomorrow the 2019 Subaru Forester will be unveiled at the 2018 New York Auto Show. In anticipation of this debut, Subaru has been releasing teaser images to encourage interest and speculation. Many auto blogs have been buzzing with what the new Subaru Forester may have in store. Today, we’re talking about what we know, and what people are expecting from the 2019 model.

From the images released by Subaru, it’s clear that the rear taillight borrows the same style as the Viziv concept models. The style of the rear end of the vehicle features recesses above the rear bumper and around the license plate, which are new for the model.

What is particularly interesting about the photo released by Subaru is that the cargo opening. The opening is shown to be wider than previous models, indicating the potential for a roomier Forester.

The 2019 Subaru Forester is due for a full redesign, as the most recent overhaul was the 2014 model. There is a buzz about the all-new 2019 model has been on auto blogs since August, when the first photos of the camouflaged Forester were revealed.

From the photos, it’s clear that the signature grille and shape of the Forester are here to stay. However, the prow slopes much less than the previous models, positioning it nearly upright, giving the model an appearance similar to a truck.

Autoblog.com speculates that on the side and back of the vehicle, the surface may be borrowing the subtle creases from the Impreza and Crosstrek models. This brings the styling of the vehicle more in line with the other cars in the Subaru lineup. They also note that the headlights have been extended to the rear hatch of the Forester, making room for a larger hatch opening (similar to the Impreza).

The New York Auto Show takes place on Wednesday, March 28, 2018, where the unveiling will occur. Subaru has kept all information close to the chest, and the Subaru of Niagara team can’t wait to share with you some photos of the new model and the new features that will be included.