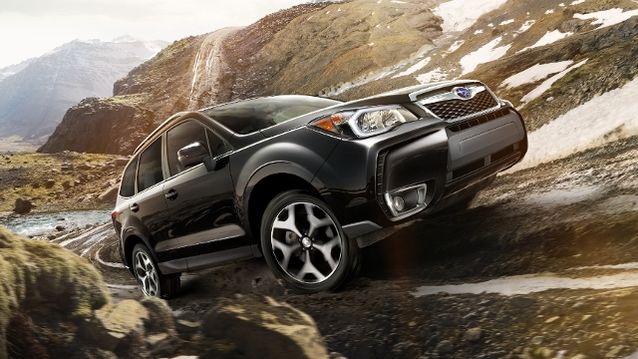 We know we were just bragging about the 2014 Forester, but it’s because we were so excited for today! The 2015 Subaru Forester has landed and is on sale! Last year, Subaru game the Forester a complete revamp, so what is ther to so excited about now? We’re glad you asked. Check out the added technology for every trim level.

Even the Forester 2.5i base model got a tech reboot. Drivers get the new rearview camera and colour multi-function display. Standard!

Subaru drivers love our unique EyeSight driver assist system and it is now part of the technology package for the Forester 2.5i Touring Package (and above). Using cameras mounted on either side of the rearview mirror, you get the added safety benefits of adaptive cruise control, pre-collision braking, pre-collision throttle management and lane departure warning.

Subaru Canada has announced pricing for the 2015 line of Foresters from $25,995 for the base 2.5i with manual transmission to $37,895 for Forester 2.0XT Limited with CVT and optional technology package.

Interested? How could you say no! Come into Subaru of Niagara and check one out for yourself. We’re pretty sure you’re going to fall in love — we have!