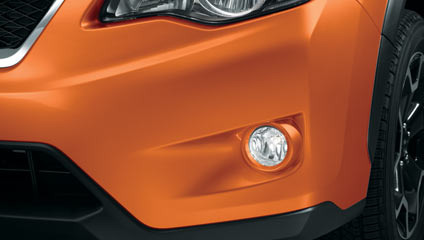 One of the hazards of fall driving is the inevitable fog you’ll encounter from time to time. When fog hits and your visibility is compromised, your fog lights can be one of your greatest allies. Not everyone is aware of how to correctly use their fog lights though, so here are the basics to get to know when and how to use this feature.

WHEN TO USE FOG LIGHTS

Fog lights are intended for use in heavy fog, snow, rain and other situations that restrict your visibility. Unlike high beams, which just light up the fog, proper fog lights are designed to prevent light from reflecting off the water droplets or snow that is causing the visibility issues.

If visibility is less than 100 metres, your fog lights will come in handy. However, if you are driving on a street that is well-lit with street lights, you likely won’t need your fog lights.

Fog lights require proper positioning to be effective. When your lights are our of adjustment, not only are they ineffective in the fof, but they blind oncoming traffic. Check your lights frequently to ensure they remain directed properly.

MORE TIPS FOR DRIVING IN FOG