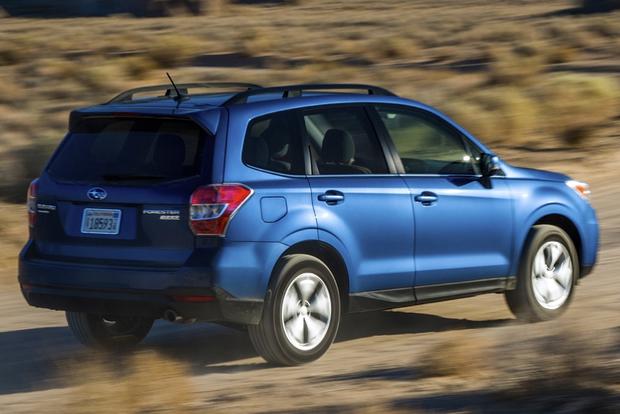 We’ve done it again, Subaru fans! Subaru Canada, Inc. announced last week that they’ve had their 18th consecutive month of growth, with record breaking sales in the month of June.

Sales of Subarus in Canada are up 4,332 for June, which is an increase of 22.5 percent from June of 2014. Since the start of 2015, overall sales are up 15.4 percent from last year. Every region in Canada joined in on the celebrations for this milestone. The Atlantic region sales increased by almost 39 percent, the Quebecois region jumped up 15.5 percent, while Ontario and the Western regions grew by 35 percent and 13.4 percent resepectively.

Much of this success can be attributed to the Subaru Forester – Subaru’s volume leader in June with a whoppinh 1,264 units sold. This marks an increase of 6.5 percent from May of this year. The Subaru Outback and Impreza also had strong showings, with 841 units and 805 sold units respectively. However, we have to mention that the Subaru Legacy, AJAC’s Canadian Car of the Year, sold 312 units in June which resulted in a MASSIVE sales increase of 109 percent!

Shiro Ohta, chairman, president and CEO ofSubaru Canada, Inc., had this to say about the company’s 18th consecutive month of growth; “These results are changing the perception of Subaru in Canada. Subaru has earned such a loyal following by building confidence in our values of safety, performance, adventure and active lifestyles, and longevity. Our strong dealer network continues to listen to the customer and these traits will help us as we work towards setting a new all-time annual sales record this year.”

Don’t forget to come and visit us at Subaru of Niagara to take any one of these amazing vehicles out for a test drive. It will be easy to see why it seems like everyone is now stepping into a Subaru!