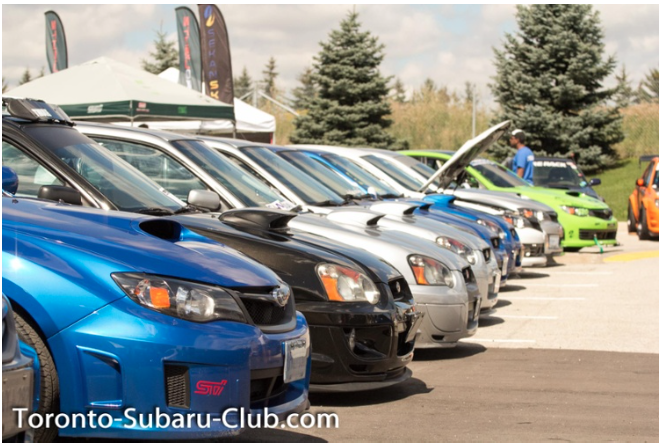 Canadians really love their Subaru’s, and that was clearly on display at the 12th Annual HyperMeeting at Subaru Canada Headquarters, put on by the Toronto Subaru Club (TSC). The TSC is by far the largest performance vehicle enthusiast club of its kind, featuring over 11,000 members from Toronto and the surrounding areas. The 12th Annual HyperMeeting drew a crowd of over 800 vehicles and well over 1,000 people, who were all there to celebrate their shared passion for Subaru ownership.

While the Subaru WRX and STI models were easily the most popular at the event, there was a wide array of other models that Subaru enthusiasts were just as eager to show off (the BRZ was also a big hit). While the event is one for showing off performance cars and the work that has gone into them, it is also a community-based event to help raise funds for the Ronald McDonald House Charities, which is Subaru Canada’s and TSC’s charity of choice year after year. This year, a total of $20,000 was raised for the Ronald McDonald House Charities by the Toronto Subaru Club, which Subaru Canada then matched dollar-for-dollar, bringing the total to $40,000.

This annual family friendly event also offered a BBQ, photo booth and various other fun attractions, that made it a hit amongst both old and young alike. A real hit was the Subaru vehicle that was covered in chalk paint, which would eventually become fully decorated!

The community-oriented Toronto Subaru Club hosts a wide variety of events throughout the year, and is a great way for Subaru owners, fans, and enthusiasts to mingle and socialize. With this they are also helping children who are undergoing life-saving medical treatment while staying at the Ronald McDonald House. For more on the TSC, check out their website at http://www.toronto-subaru-club.com/.

It’s always great to see communities rallying together for a good cause, and this is no exception. A big congratulations to both Subaru Canada Inc. and the Toronto Subaru Club! Way to go!