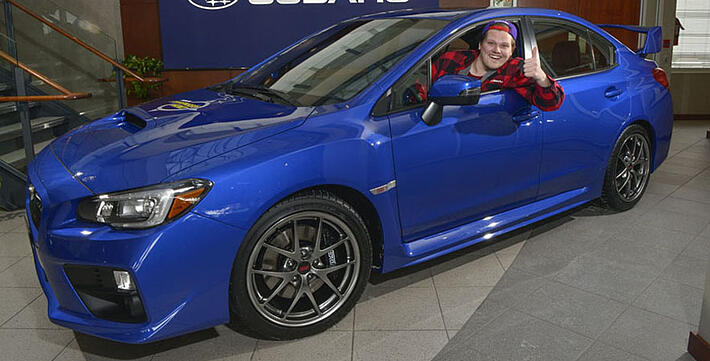 We recently told you about the Subaru Scavenger Hunt that was taking place at the Canadian International AutoShow in Toronto. The Scavenger Hunt was a smartphone application-based game, where participants were encouraged to follow clues hidden throughout the AutoShow. With each checkpoint, participants were asked to answer a series of Subaru-related questions, which were integrated with different social media platforms. Once a participant correctly completed a checkpoint, they scanned a QR code which confirmed their entry to the contest. Every correct question answered equalled one entry towards to grand prize and daily draws.

We had a blast at the AutoShow, and can’t wait to see you next year. In the meantime, come in and check out the WRX-STi or one of our many other great vehicles for yourself!