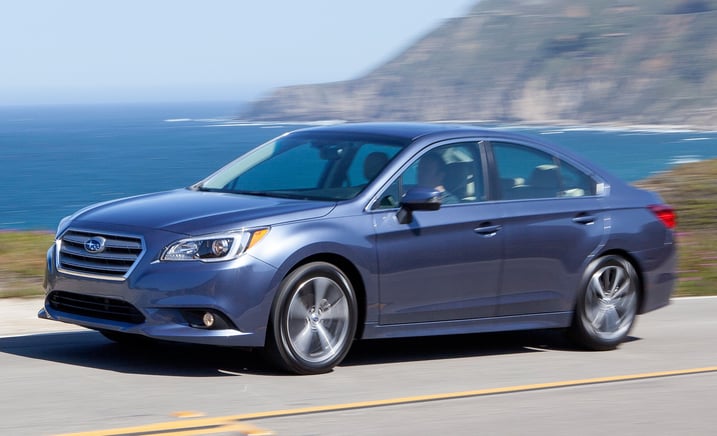 The 2016 Subaru Legacy’s release is upon us, and there is a LOT to like about this car. Subaru has put a lot of work into refining and retuning the Legacy, and it will surely be a very talked about car when it comes to new vehicles for 2016.

The Legacy comes with one of two Subaru Boxer engine options, a 2.5 litre 4-cylinder and 3.6 litre 6-cylinder, both of which go hand-in-hand to Subaru’s symmetrical full-time All-Wheel Drive system. The Legacy also comes standard with wiper-linked automatic on/off headlights, which activate the headlights if the wipers themselves are on for longer than 10 seconds. This is just another safety feature that Subaru prides itself on.

The back-up camera has been modified slightly, to give the user more options as to what guidelines they want to see on the screen, while the keyless entry lock/unlock system has added a chirping noise to let you know your car is indeed locked or unlocked. This last feature is a prime example of Subaru listening to it’s customer’s needs and then attending to them.

The 2016 Legacy Touring Packages (both 2.5i and 3.6R) also add an auto-dimming rearview mirror with Homelink, and a larger clock and outside temperature display. The Legacy 2.5i Limited and 3.6R Limited packages also received some updates to the 7” infotainment system—which is now Siri compatible for Apple iPhone users! A set of SiriusXM additions are now included with the vehicles, along with a free 3-month basic trial subscription to their service!

Subaru of Niagara will keep you up to date, and we’ll be sure to let you know when the new Legacy is in house!