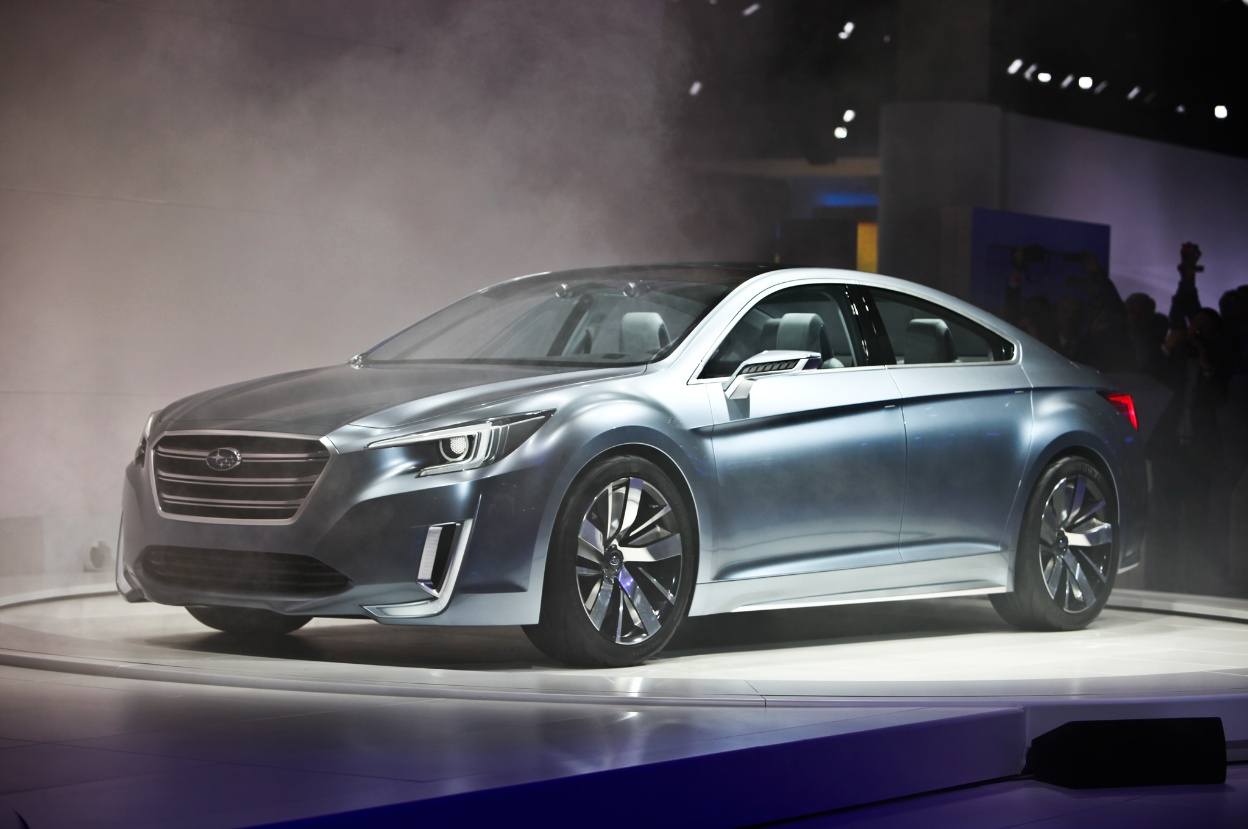 We love auto show season. Why? Because it means we get to introduce all the new 2015 vehicles that will be hitting showrooms later this year. A few weeks ago, Subaru celebrated 25 years of production of its flagship sedan with the debut the brand-new 2015 Legacy at the Chicago Auto Show. You're going to love it!

And we aren't just saying that. The 2015 Subaru Legacy sees new standard features on all trim lines. The Limited trim line models are the highest level of luxury ever seen in a Subaru. Perforated leather upholstery, two-position memory for the 10-way power driver's seat, a 4-way power passenger seat, three-mode heated front seats (standard in the Premium too) and dual-mode heated rear seats and a high-end surround sound audio are all standard with the top model.

It would be a Subaru without out famous all-wheel drive. The 2015 Legacy has the latest Active Torque Vectoring system as a standard feature. Instead of modulating torque, the new system works by applying the brakes to the inside front wheel during aggressive cornering, improving your handling even more.

The best part about the new Legacy is the improved driver comfort with lower interior noise and some of the best technology available. Subaru added liquid-filled engine mounts, made the windshield from acoustic glass and increased sound deadening. They also upgraded the infotainment system with the choice of a 6.2-inch touchscreen or a 7-inch version equipped with navigation. All models also come standard with a rearview camera and Subaru's EyeSight forward camera system.

Look for the new 2015 Legacy hitting showrooms later this year. There's no word on pricing yet, but we know it will be worth every penny!