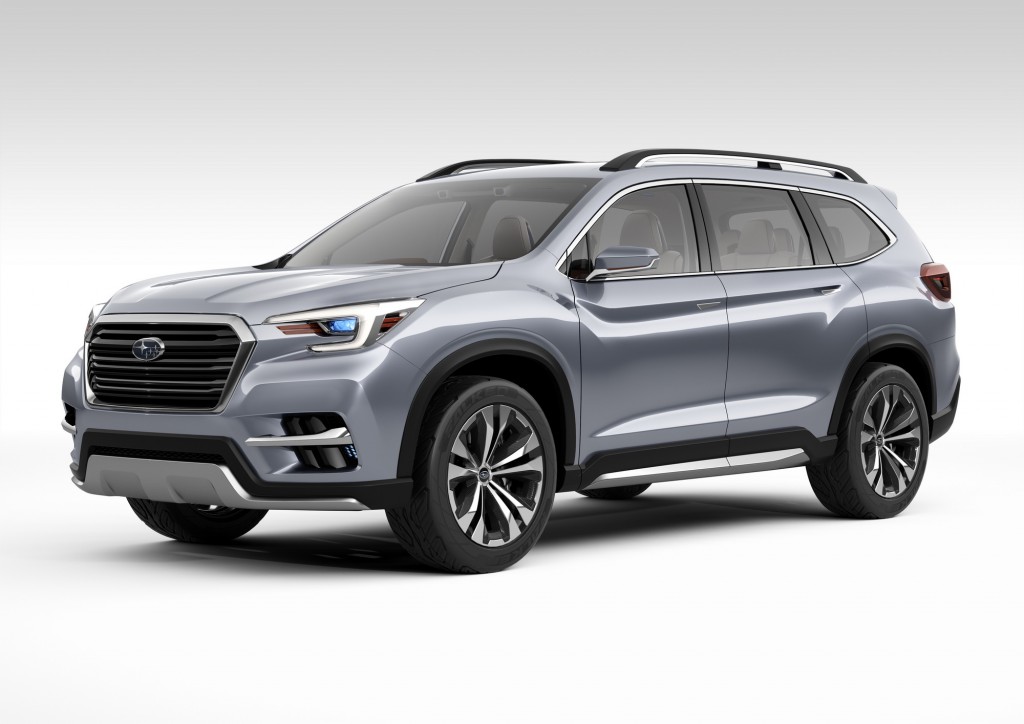 This year’s circuit of auto shows has been full of new model unveiling. For Subaru Canada Inc., and the 2017 New York International Auto Show was no exception to this exciting round of unveiling that Subaru has done.

The New York International Auto Show got the chance to see the official unveiling of the concept design for the all-new three-row midsize SUV concept from Subaru. The name has been speculated on, and the design concept confirmed the model name of Ascent. The Subaru Ascent SUV Concept was debuted in a dynamic and exciting video at the NYIAS.

The model follows Subaru’s classix “Dynamic x Solid” design themes. The Ascent will use the Subaru Global Platform, including features such as the newly developed direct-injection turbocharged Subaru Boxer engine.

The exterior of the model will feature powerful fender flares that come with Subaru’s all-wheel-drive systems. The Ascent will also feature a grille which will stay true to the classic Subaru SUV look.

The interior of the Ascent will sport a flowing dashboard design in the front. The spacious 7 passenger layout of the car features two center captain’s chairs in the middle row, with a standard 4 seat bench back row.

See it for yourself!

Check out the new concept design in the video below, posted to Subaru’s YouTube page. Keep tabs on our blog here at Subaru of Niagara. When we know more details, you’ll know!