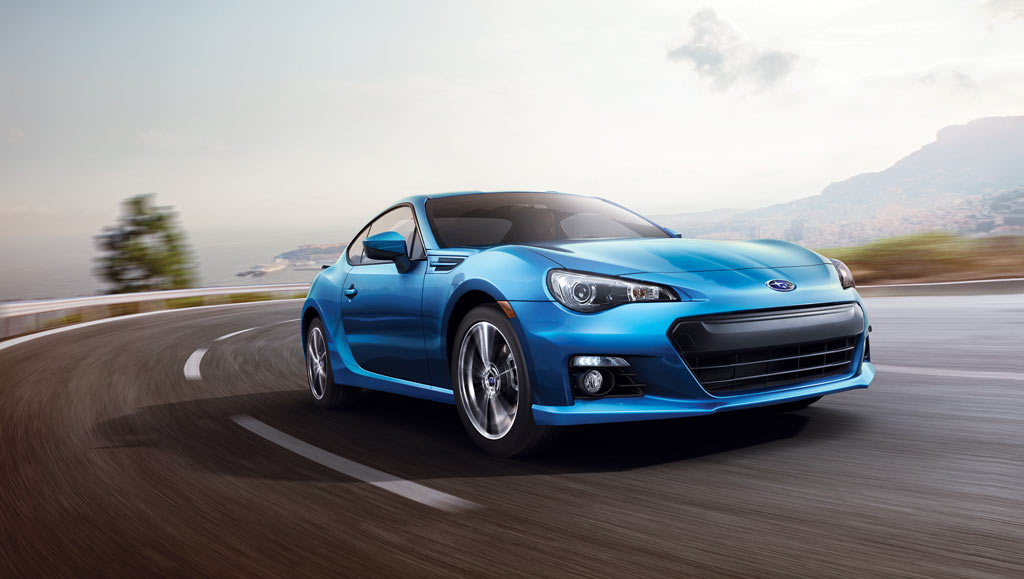 Continuing the tradition of designing incredibly safe vehicles for your family, we’re thrilled to announce the Subaru has received yet another TOP SAFETY PICK (TSP) awarded from the Insurance Institute for Highway Safety (IIHS) for the 2014 BRZ.

The 2014 Subaru BRZ earned the TOP SAFETY PICK designation for its acceptable performance in small overlap crash tests. To test this quality in vehicles, the IIHS propels the vehicle at 40 mph into a rigid barrier that strikes 25% of the car’s front end. The test recreates what happens when the front corner of a vehicle strikes an object such as a utility pole or other vehicle. The IIHS has been performing this test since 2012 but this is the first time the BRZ has been rated. This small overlap crash test is unique as it bypasses the car’s front-end crush zones, making it more difficult for it to manage the energy resulting from the collision. Often in these types of collisions, the occupant compartment can collapse, increasing the risk of injury to the driver and passengers.

The IIHS also performs moderate overlap front, side, roof strength and head restraint tests on vehicles. To qualify as a TOP SAFETY PICK, vehicles must earn good or acceptable ratings in the small overlap test as well as a good rating in the other four tests; the BRZ earned a good rating in each.

The BRZ’s award marks the seventh vehicle Subaru produces that has earned 2014 safety awards – four TOP SAFETY PICK and three TOP SAFETY PICK+ (TSP+) awards. As a result, we now have the most 2014 IIHS TSPs of any vehicle brand.

The 2014 BRZ joins the ranks of this year’s Impreza, XV Crosstrek, and 2015 WRX STi in the TSPs category. Subaru has earned TSP+ awards for the Legacy, Outback and Forester with optional EyeSight technology.

We also hit another milestone with this award – Subaru is now the only manufacturer to have TSPs for every model for the past five years. The continual rewards for our cars is evidence of the importance placed on keeping our drivers safe and confident on the road.