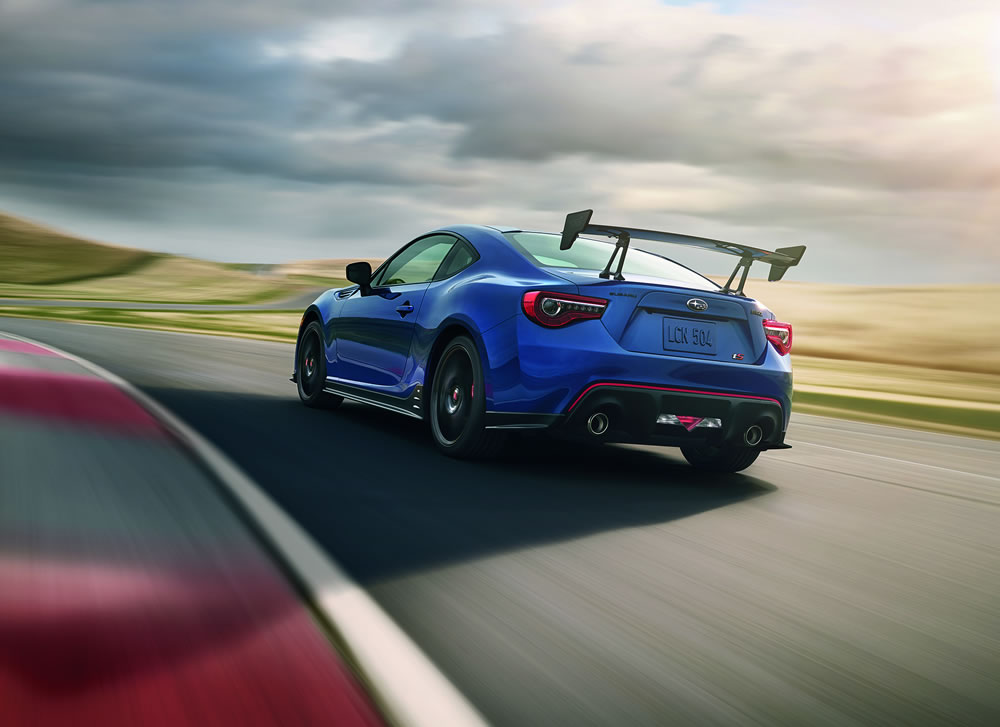 Subaru Canada, Inc. has announced that coming to Canada will be two new limited-edition models of the Subaru WRX STI and BRZ in early 2018! These two models were designed by Subaru Tecnica International, Inc. specifically for higher performance driving enthusiasts.

The “RA” designation in the name of the model stands for “Record Attempt”. The RA designation has been applied to previous Subaru performance models. It originally came to fruition in 1989 when a competition model of the Subaru Legacy broke the FIA World Speed Endurance Record by clocking over 62,000 miles in 18 days, with a top speed record of 138 MPH. The WRX STI Type RA NBR Special will attempt a Nürburgring speed record in the summer of 2017.

The 2018 BRZ is described as delivering a high level of “fun to drive” and “pure handling delight” by providing drivers with greater flexibility, better control, and stability. The BRZ is already known for its ultra-low centre of gravity as well as precision handling, and the new tS steps it up. The tS adds STI-tuned front and rear SACHS dampers, coil springs, as well as flexible V-braces in the engine compartment. It is also equipped with 18-in. lightweight STI wheels. The wheels also feature 215-40 R 18 Michelin Pilot Sport 4 tires.

The exterior of the BRZ tS has been made to appear more aggressive, with an exclusive STI rear carbon fiber spoiler that is manually adjustable to fine-tune rear down-force. The STI front, rear, and side under spoilers work to control airflow for better traction and stability.